Spain, a country with a unique gastronomic personality

Spain is a unique country. Each city preserves a cultural and social essence that makes the difference with the rest. That essence is very marked by gastronomy.

If there is one thing that makes Spain stand out in the world, it is its exquisite and varied gastronomy. Our culinary culture is an important attraction for tourism. There are thousands of bars and restaurants scattered throughout Spain and each city has a deep-rooted gastronomic personality.

One dish, one city

When talking about Spanish gastronomy, we cannot close ourselves to a specific and inflexible type of gastronomy. Each geographical area has its own way of cooking, a different use of certain ingredients and, finally, a typical and inimitable dish.

Evidently, Mediterranean cuisine stands as the basic model of Spanish cuisine. Although each city has its own typical dish, they are all connected to each other. Likewise, there is a continuous and interconnected enrichment between the typical gastronomy of each geographical area.

Let’s see which is the most typical dish of each of these renowned Spanish cities.

The Spanish capital has a very varied gastronomy. From the typical squid sandwich to Madrid-style tripe.

However, if there is a dish for which our capital is recognized, it is the cocido. This chickpea-based stew is a real attraction for tourism, even more so in winter.

It is a very substantial recipe, prepared with chickpeas, meat and vegetables. Initially, it was considered a humble dish. However, with the passage of time it has become the main menu of many restaurants in Madrid. 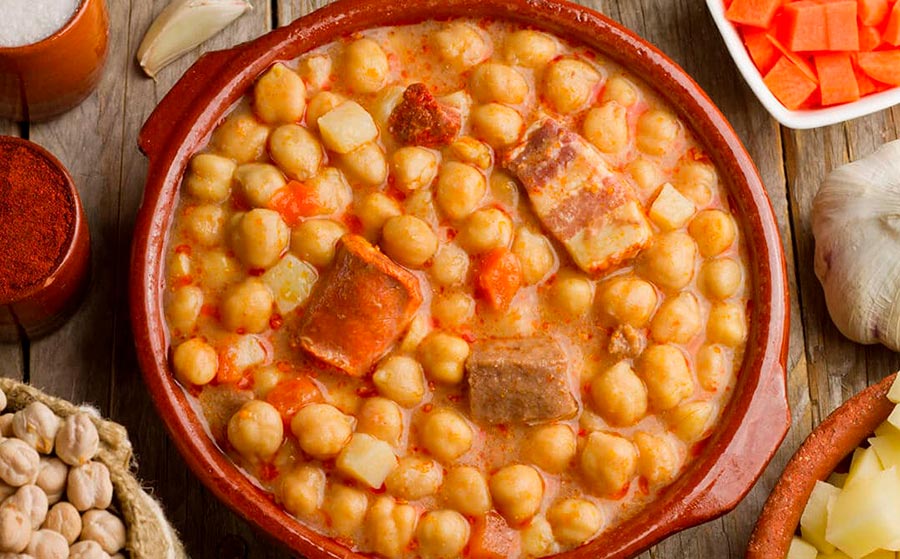 Something that characterizes the south of the peninsula is the anticyclonic climate and high temperatures, especially in summer.

The Andalusian capital presents a great gastronomic variety that goes from fried fish, typical during the April fair, to the so demanded snails.

But if there is a traditional recipe, simple, exquisite and suitable for the hottest days, it is gazpacho. It is a cold soup that contains several essential ingredients such as olive oil, vinegar, tomato, cucumber, bell pepper, onion and garlic.

In short, a very fresh dish and indicated to alleviate the effects of the heat, so typical in the capital of Seville. 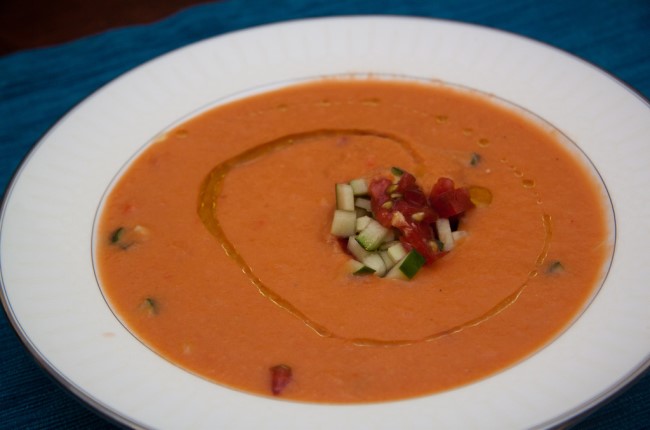 From the south to the northeast. Catalonia has an unequalled gastronomic variety. Among its typical dishes are Calçots (spring onions) and butifarra (Catalan sausage).

However, it is not necessary to delve into complicated recipes to get to one of the best known dishes of Catalan gastronomy. The pa amb tomàquet.

It is a simple and cheap dish, consisting of only 5 ingredients: bread, tomato, olive oil, garlic and salt.

Despite its simplicity, pa amb tomàquet is a real tourist attraction, not only in Barcelona, but also in the rest of Catalonia. 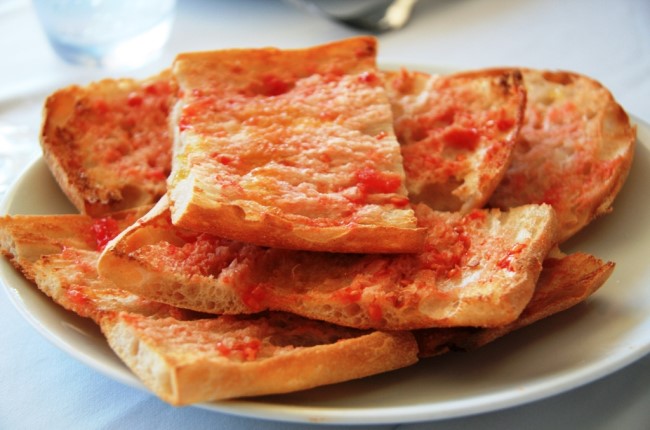 In Bilbao, one of the most popular dishes among customers in bars and restaurants is the pintxo. This delicious delicacy was born in the Basque Country as a snack to kill hunger between breakfast and lunch.

Nowadays, pintxos are an important tourist attraction. So much so, that there is a “ritual” called ‘poteo’, which refers to the tradition of tasting pintxos from bar to bar and trying their different recipes.

It should also be noted that, in the beginning, pintxos were simple snacks with the sole purpose of satisfying hunger. They have evolved so much that, in recent years, they have become true stars of Basque gastronomy. 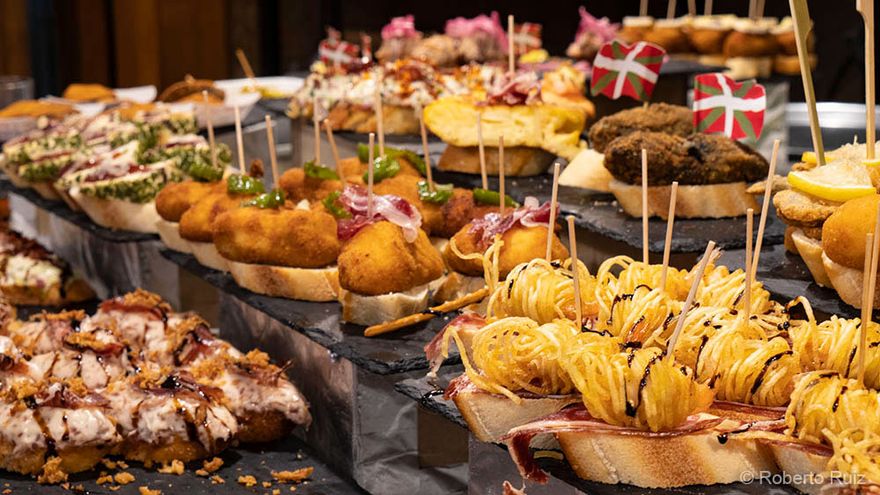 The Canary Islands have become one of the main tourist destinations for both Spaniards and foreigners. Its paradisiacal islands and tropical climate attract the attention of numerous tourists every year. But, not only its climate and its extraordinary areas, but also its exquisite gastronomy stands out.

The star dish of the island of Gran Canaria is the sancocho. It is a dish based on salted fish, boiled potatoes, sweet potato and mojo.

A dish of simple preparation but with surprising results, which makes it stand out in the menus of bars and restaurants in the Canary Islands. 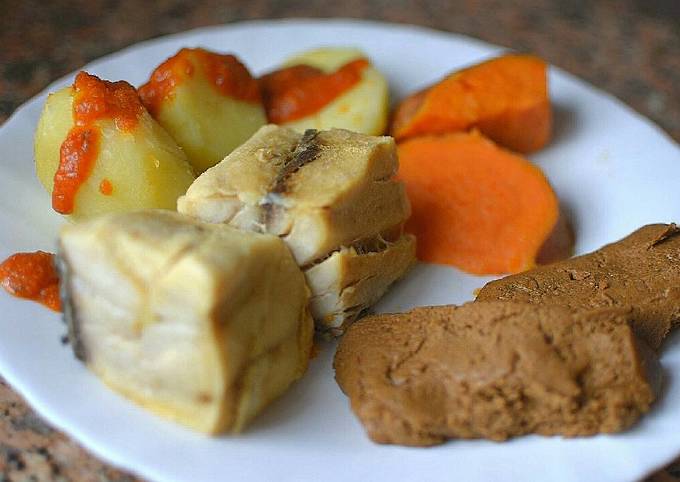 The Balearic Islands, as well as the Canary Islands, are one of the tourist destinations of the Spanish geography that most attracts the attention of foreign tourists.

Within the Balearic gastronomy, the well-known “frito mallorquín” stands out, essential in the kitchens of Palma de Mallorca. This delicious dish is made from the meat, offal, liver and cooked blood of pork, lamb, kid or turkey.

The traditional recipe consists of frying the meat in olive oil, together with onion, potatoes, tomato and red pepper. It is usually seasoned with salt, chilli, pepper, garlic, fennel and bay leaf.

No one should leave Palma de Mallorca without trying this exquisite dish.

What would Spanish gastronomy be without its prized and renowned paella?

This dish, so appreciated by everyone, is made up of a series of essential ingredients (according to the original recipe): water, olive oil, round rice, saffron, rabbit, garrofón, ferraura, chicken, salt and tomato.

It is a dish of humble origins, which first appeared in the Albufera of Valencia. However, over time it has become the iconic dish of Spanish gastronomy worldwide. Everyone associates paella with Spain.

Paella is so famous and recognized that a Sunday gathering with family or friends would not be the same without it. 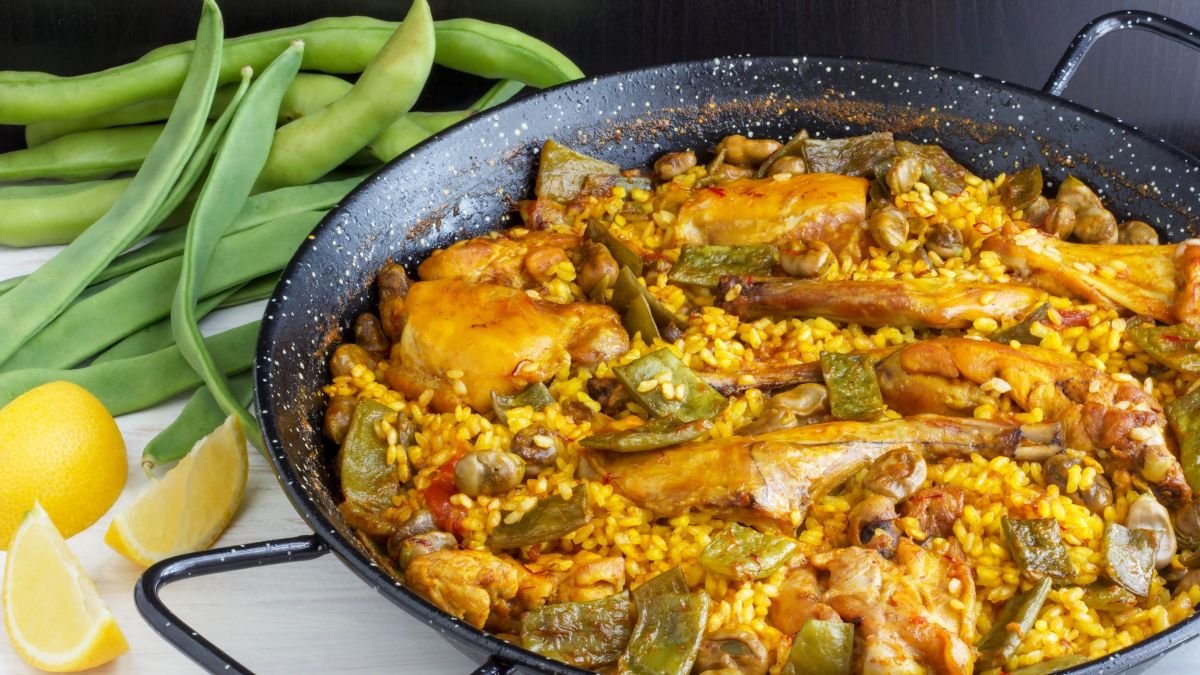